Alzheimer’s disease can often go undiagnosed for several years. The average time between diagnosis and onset of symptoms is approximately 2.8 years. How fast Alzheimer can progress? 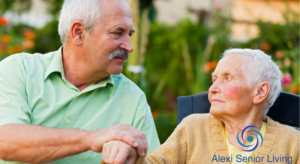 Pneumonia is one of the leading causes of death among Alzheimer’s patients, along with:

What Effect Does Alzheimer Have on Life Expectancy?

Gender, age, and level of disability are the key factors that determine how long someone lives after being diagnosed with Alzheimer’s disease or other forms of dementia, according to a study:

How Can You Help Your Loved One’s Quality of Life After a Diagnosis?

While there is no cure for Alzheimer’s disease, there are activities and therapies that can help your loved one live a better life. For example, the extent to which your loved one with Alzheimer’s disease can maintain social relationships may play a significant role. It’s critical to maintain as much normalcy as possible at home. It can be especially beneficial for your loved ones to maintain their household responsibilities. Your loved one’s needs are likely to change as the disease progresses, and it’s critical for you — as a caregiver — to know how to care for yourself as well as your loved one. We provide a variety of innovative programs for each stage of Alzheimer’s and other forms of dementia at Alexi Senior Living:

What Are The Symptoms Of The Final Stages Of Alzheimer’s?

Alzheimer’s disease usually progresses in three stages: early, middle, and late (sometimes referred to as mild, moderate, and severe in a medical context). Because Alzheimer’s affects people differently, each person will experience symptoms and progress through the stages in a unique way. Alexi senior living is the best supportive living near me.

Did you know that?

Mild cognitive impairment (MCI) can be an early stage of Alzheimer’s disease if the hallmark changes in the brain are present. However, not everyone who has MCI develops dementia.

A person may function independently in the early stages of Alzheimer’s. He or she may continue to drive, work, and participate in social activities. Despite this, the individual may experience memory lapses, such as forgetting familiar words or the location of everyday objects. At this stage, symptoms may not be readily apparent, but family and close friends may notice, and a doctor will be able to identify symptoms using specific diagnostic tools.

The dementia symptoms become more pronounced during the middle stage of Alzheimer’s. The individual may misunderstand words, become frustrated or angry, and act in unexpected ways, such as refusing to bathe. Damage to brain nerve cells can also make it difficult for a person to express thoughts and perform routine tasks without assistance.

Understanding Alzheimer’s and Dementia: Discover the differences between Alzheimer’s and dementia, as well as the stages, risk factors, current research, and treatments.

Symptoms that differ from person to person may include:

In the middle stage of Alzheimer’s, the person can still participate in daily activities with assistance. It is critical to determine what the person can still do and to find ways to simplify tasks. Caregivers may want to consider respite care or an adult day center as the need for more intensive care grows so that they can take a temporary break from caregiving. At the same time, the person living with Alzheimer’s continues to receive care in a safe environment.

Dementia symptoms are severe in the final stages of the disease. Individuals lose the ability to respond to their surroundings, converse, and, eventually, control movement. They can still say words or phrases, but communicating their pain is difficult. As memory and cognitive skills deteriorate, significant personality changes may occur, necessitating extensive care.

The person with Alzheimer’s may not be able to initiate as much engagement in the late stage. However, he or she can still benefit from appropriate interaction, such as listening to relaxing music or receiving reassurance through gentle touch. Caregivers may want to use support services such as hospice care during this stage, which focuses on providing comfort and dignity at the end of life. Alexi can be extremely beneficial to people in the final stages of Alzheimer’s disease and other dementias and their families. In our another post, read why do Alzheimer patients clench their hands. Alexi Senior Living is providing the best memory care near me. You can contact us at 815-534-5389.