Your dementia-affected mother has always been conscientious about opening her mail and paying her bills. You and other family members check on her regularly to ensure she’s okay. However, relatives notice she’s letting her mail pile up unopened and forgetting to pay her bills over time. According to Dr. Elaine Healy, a geriatrician, vice president of medical affairs, and medical director of United Hebrew of New Rochelle in New York, these are potential signs that someone with dementia may require memory care. Signs it’s time for memory care? 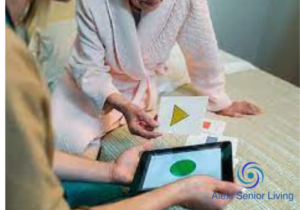 According to the Alzheimer’s Association, approximately 5.8 million people in the United States have Alzheimer’s disease, the most common form of dementia. Some people with dementia are cared for by family members, while others live in nursing homes or assisted living facilities.

According to Healy, people with dementia who exhibit certain behavior that interfere with their daily lives are better off in such facilities’ memory care units. These are units where staff members have been trained to work with dementia patients who require specialized care.

Here are five behaviors or situations that may indicate that someone requires memory care:

Some dementia patients may begin to behave dramatically differently. “Someone who is very independent may suddenly become afraid of driving, decline social invitations, and withdraw,” Healy says. “Someone who is concerned about their appearance may suddenly forget daily hygiene or how to perform basic tasks such as bathing and hair styling and be too embarrassed to seek assistance.” A person may become more agitated or anxious. You should always look for senior memory care facilities near me.

2. Physical safety is jeopardized due to confusion and disorientation.

Confusion and disorientation caused by dementia can result in car accidents. For example, someone suffering from dementia may forget the rules of the road and proceed through a red light. Some people with dementia wander away from home on foot without knowing how to return. “Someone suffering from dementia symptoms may forget where they’ve walked and ended up somewhere they don’t recognise,” Healy explains. “When your loved ones’ physical safety is constantly jeopardized, it’s time to think about memory care.”

3. A deterioration in physical health.

“Physical changes are frequently the first noticeable differences in people with dementia or Alzheimer’s,” Healy says. If a person becomes thin or frail, it could indicate that they forgot to shop for groceries or take medications as prescribed. Some dementia patients fail to take their prescribed medications. Some people forget to take their medication and take more than they should.

4. The deterioration or death of a caregiver

Some people with dementia are cared for by family members, most commonly a spouse or significant other. When the caregiver dies or his or her health deteriorates, the spouse or significant other being cared for often requires more attention, such as memory care, according to Dr. Rhonna Shatz, a behavioral neurologist at the University of Cincinnati’s Department of Neurology and Rehabilitation. She is also an associate professor of neurology and the Bob and Sandy Heimann chair in Alzheimer’s disease research and education at the University of Cincinnati. Shatz is also the medical director of the UC Gardner Neuroscience Institute’s Memory Disorders Center. Shatz recently saw a patient with Alzheimer’s whose health appeared to be deteriorating rapidly. He’d lost weight and was becoming increasingly perplexed. Shatz identified his wife as the primary caregiver as being impaired. Shatz discovered that the wife had dementia and could not shop for him, cook for him, or ensure that he took his medications. The couple’s daughter then arranged to move them from their home into memory care.

Caregivers can handle a lot, but when incontinence becomes a major issue, many people seek memory care, according to Dr. R. Scott Turner, professor of neurology and director of the Memory Disorders Program at Georgetown University in Washington, D.C. “They feel overwhelmed, like it’s more than they can handle like it’s more than they signed up for,” he says. “It gets too much.” This can affect nonprofessional caregivers such as family members and medical providers who come into the home to help.

The Average Length Of Stay In Memory Care

Two to three years is the average stay in a memory care unit and/or assisted living community. However, the time can range from a few months to ten years.

The good news is that memory care communities provide services that benefit both residents and family members. These specialized supportive living environments employ highly trained staff and have the resources necessary to keep your loved one safe, healthy, and happy. Individuals who live in memory care communities are often happier and more active in the community than they would be at home simply because they have the necessary support.

When Is Memory Care Required?

It is difficult to determine when someone requires memory care. When a family member is diagnosed with dementia or a specific type of dementia such as Alzheimer’s or Creutzfeldt-Jakob disease, a doctor is unlikely to give you a timetable for how long the condition will progress. Although symptoms may be mild at first, such as losing keys or having difficulty staying organized, the disease will progress at some point. It will eventually become difficult to care for an individual with a memory impairment so that they can live independently. Often, the person’s forgetfulness and confusion pose safety concerns, making it dangerous for the person to continue living alone.

The following are some indications that memory care may be required: